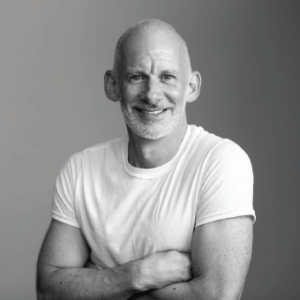 My initial introduction to yoga was the result of a running injury. Due to years of wear and tear on my knees and chronic knee pain, I realized I had to find some form of low impact activity. I worked up the courage to check out a class at my gym and was immediately drawn to the practice for reasons I didn’t even comprehend at the time. The class happened to be an Ashtanga class and I loved being challenged physically in ways that I hadn’t really encountered before. For the first few years, this remained my inspiration for coming back to the mat. It wasn’t until I was confronted with a major life change that the practice unveiled a whole other level of consciousness. Intuitively understanding I needed to ground myself in a life that seemed up-ended, I began to question what asana was all about — I knew there was the potential to access something beyond the physical benefits of the practice, but I wasn’t sure how to access it. Dedicating myself to a more consistent practice, I discovered that literally translated, asana means “comfortable seat”. I began to understand that each movement demands that we hone some aspect of our conscioususness and use ourselves in new and different ways. By exploring both familiar and unfamiliar postures, I began to expand that consciousness, so that regardless of my situation, I could remain “comfortably seated”. Intrinsic to the practice was an uncompromising belief that every aspect my body is pervaded by this consciousness. The asana practice became a way to develop this interior awareness which helped me to move through challenging times in my life with more grace and less fear, and become a general template for living.

Although I have been influenced by many styles of yoga, including Iyengar and Anusara, my yoga style is rooted in the Ashtanga system, which I have great reverence for. As previously mentioned, my transformation was a consequence of discipline, regulation and commitment that the Ashtanga system traditionally requires. The postures are a great catalyst for learning about ourselves. They have the potential to move us towards a deeper knowledge of what exists within us. They also have the ability to expose patterns of response and reactions. When these reactionary mechanisms are out in the open, then we can begin to evaluate if we are functioning well or not well in response to the pose. But also take this knowledge, this critical thinking approach and apply it to our daily lives and become aware of reactionary patterns we may have towards everything around us—the relationships we have, the foods we eat, etc. ultimately “waking us up” and cleaning out those reaction and responses that ultimately cloud our ability to live in accordance with our true nature of happiness.

I tend to think of myself more of a steward for one’s own practice. And although I’ve had many influential instructors throughout the years, (including many at yogaview), I truly believe we are our own best teachers, discovering answers for ourselves vs. being given them by others. Although technique is necessary for practicing safely, I encourage students to be their own teachers using the practice to cultivate awareness, and utilizing asana and breath work as a form of technology to access connection. This connection is itself union, which is yoga. If I can impart this to students in a way they can incorporate into their practice, they can then become adept at applying it to any aspect of life, relationship, communication, or even their current yoga “system”, providing them the tools and ability to live more presently and fully.

I have been guilty of both practicing and teaching yoga in a way that made the postures and practices more important than the spirit of the person practicing them, which many of us in our modern world of yoga have most likely also experienced. My early obsession with perfecting the forms of yoga brought with it a greater sense of unease and dissatisfaction. The realization that I had initially bought into the model of a culture obsessed with achievement and the unhappiness bought about by such striving led me to a long period of experimentation in my own practice. Through the willingness of my students to join me in this inquiry, i have slowly uncovered a more natural way of discovering the essence of the practice through form. These forms become vehicles for experiencing one’s essential nature rather than goals in and of themselves. Whether you obtain a particular posture becomes irrelevant. In the modern yoga world, asana can be a trap that emphasizes the dominating or controlling nature of the practice. When we shift from being the mover to letting life move through us we make the first step towards surrendering our heart to a spiritual practice. This step marks the beginning of yoga as a life path rather than a form of sophisticated calisthenics, which oftentimes feels is the emphasis of yoga in our western culture.

I had the distinct pleasure of meeting both Tom and Quinn early on in my yoga career prior to the opening of the studio. My other job, when I’m not teaching yoga is marketing and brand consulting. Soon after their decision to open yogaview, I was honored to be included in the process of conceptualizing the studio through the logo identity and brand development. That extended into the web site development and marketing materials including ads, teacher training materials and workshop flyer templates. So on some level I’ve always felt a responsibility and a desire based on my relationship with them to see the studio thrive through whatever means possible, including my commitment to teaching. But what really makes me love teaching at yogaview are the students. Not only is their passion and commitment inspirational, but they, along with Tom, Quinn and the rest of the talented instructors who have taught or currently teach have created a beautiful, strong community that is unmatched at any other studio I’ve practiced at. I’ve read that people who regularly attend faith based institutions are happier and live longer due to a strong sense of community those organizations provide. Assuming that’s true, yogaview is my temple and I’m grateful for the opportunity to contribute.

Although I read and heard various descriptions and definitions of Samadhi, to me it’s the work being done in the service of regenerating one’s connection to the spirit. Observing, perceiving, feeling, and acting from the wisdom of the natural world is a long apprenticeship. But the slowness of this path is healing. It’s part of finding one place in the rhythm of life again. My interpretation of Samadhi lies in this reunification with nature and it healing power. On this path, we can become peaceful, we can experience ease and love for ourselves and others, ultimately creating a society that values such things. But no matter how far we go with that practice, we are always in the process of returning to our natural selves.

6. What was one of the funniest or most humbling moments you’ve had while teaching a class?

I was teaching at the yogaview Wilmette studio and forgot my iPhone adapter. Consequently, I linked my iPhone using the bluetooth feature on the stereo to synch my music to the system. Since I couldn’t place my phone in airplane mode, during the middle of class a phone call rang through from my Mom, and another….and another… until finally I took the call to tell her I would call her back. I apologized profusely to the class. I now always remember to have my adapter on hand

Oh, and then there was the time I was running late to class. I frantically changed into my yoga clothes only to discover that I taught an entire class with my shorts on inside out and pockets hanging off my butt. Note to self…arrive early to dress properly.

Prior to finding the practice, I was constantly searching outwardly for happiness. Through the practice, I’ve found yoga to be a way of living and being that makes real happiness possible. Now my search stems from within.

If there was one spiritual teacher or guru that you would desire to study under (dead or alive) who would it be?

It’s very difficult to narrow this down to one, or even a few people. And hopefully this doesn’t sound like a cop-out answer but while I have a deep respect for any spiritual teacher, I believe there is the possibility to find spiritual guidance and teaching from everyone we come in contact with.

When I’m not on my mat, my favorite activities include traveling with or to friends and family, spending time with my little peanut, Ellie (a 1 year old Belgium shepherd mix) and generally being in and surrounded by nature. Additionally, I love cooking for friends and family—it’s an outlet for creativity, expressing my love as well as connecting to those I love. I’m also venturing into the world of hospice work, volunteering my time to sit with those who would otherwise have no one to be with/support them through the transitional dying process.

You recently began teaching an Ashtanga led primary series class at yogaview on Saturday mornings. What would you like people who are unfamiliar with the Ashtanga system to know?

I think there tends to be a misconception from those unfamiliar with the Ashtanga system that the practice is intense and limited to those with great physical ability. However, Ashtanga, like many other yoga systems, is a universal tool for life that has applications within all walks of life and for each individual, regardless of physical ability or limitations. It can be applied to every single person. The positive vibration of Ashtanga is experienced equally. Hope to see you in class!